Robert Mitchell began piping at 9 years of age. Bob comes from a piping family that started with his father, Albert Mitchell. Bob's brother, Burt Mitchell, is also a piper, who is currently head instructor at Virginia Military Institute.

Bob is recognized as a successful solo competitor in the U.S., Canada, and Scotland. He is also an accomplished studio musician with over thirty years experience performing extensively throughout the Washington, D.C., Baltimore areas, and nationally, playing the Great Highland Bagpipes and the Scottish Small Pipes.

Bob worked for more than twenty years at the Maryland Reniassance Festival in Crownsville, Maryland as the wandering piper entertaining generations of vistitors. He was also the Founder and Piper Major of Dunloggin Pipes and Drums Band for 25 years and played with the Pan-Celtic Folk Band IONA for 8 years.

Currently, Bob is performing professionally at church services, including weddings and funerals. He continues to study the Art of small piping, which involves playing the small pipes along with other folk instruments. He is also an instructor at the North American Academy of Piping and Drumming in North Carolina.

In 2004 Bob was the recipient of the Maryland Traditions Folk Arts and Culture Apprenticeship Award. Based on the recommendations of a jury of specialists from the Maryland State Arts Council, Bob was nominated and approved as a Master in the Art of Piobaireachd, the classical music of the Scottish Bagpipe. He had apprenticed with the great John MacFadyen in Scotland, one of the vital links in the chain of teachers and pupils reaching back to the 16th century. Piobaireachd is regarded by most bagpipers and the highest form of their art. 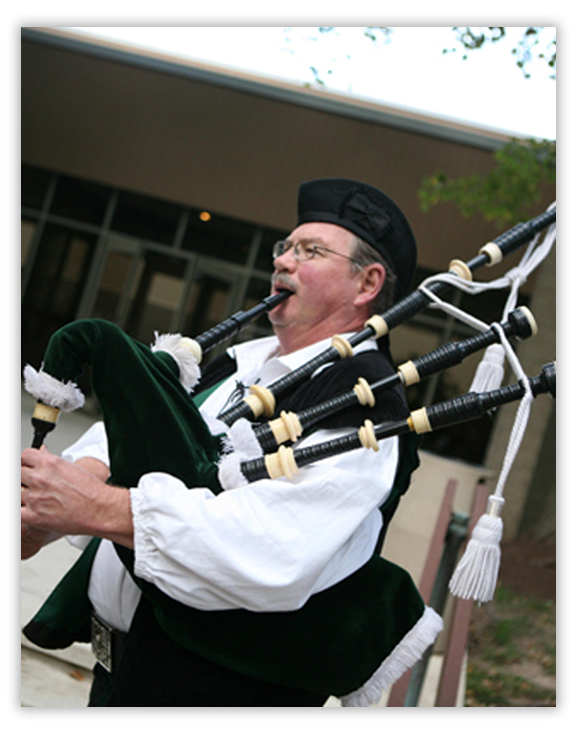